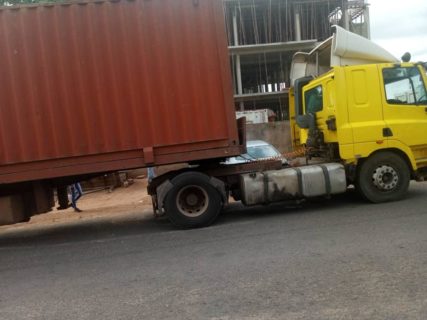 It was gathered that the security men at the gate were armed to the teeth. While people are forbidden to take pictures.

The Oyo state commissioner for agriculture and his entourage were said to have left the truck that conveyed the bags of rice there.

Recall Oyo state government on Friday announced that it has rejected 1800 bags of rice donated by Federal Government.

According to the state Commissioner for Agriculture, Hon. Muyiwa Jacob Ojekunle, “the rice is infected and unsuitable for human consumptions.”

However, the Nigeria Customs Service in its reaction said, “the 1,800 bags of rice released as palliative to the Oyo State government were good for human consumption and inspected before delivery.”