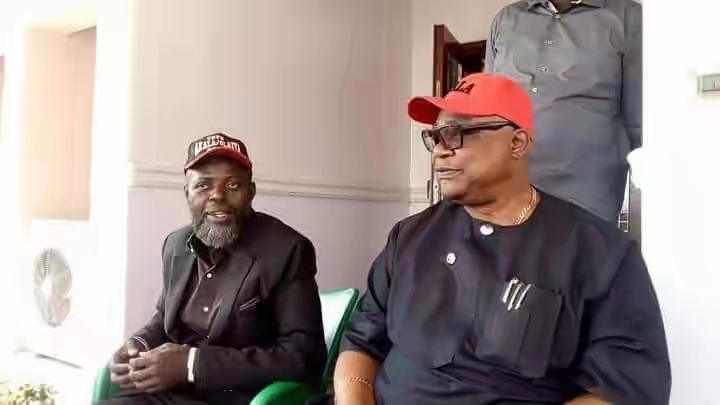 In an open letter to Oyo State Governor, the running mate to former governor Adebayo Alao Akala, Prof. Abideen Olaiya, on Tuesday, lashed-out Makinde’s administration on LAUTECH, OYSADA and the sacking of APC Chairmen.
Olaiya, who in the last general election stepped down alongside Akala for APC governorship candidate, Adebayo Adelabu Penkelemes, explained that he found it irresistible to speak because “Oyo can’t afford another round of failed projects.”
The FUNNAB don disclosed this in an Open Letter personally signed by him and made available to MOUTHPIECENGR.COM
Read the letter below;
Open Letter To Governor Seyi Makinde| Olaiya Abideen Ph.D
16th April 2020.
Your Excellency,
MATTERS OF URGENT ATTENTION.
Let me start by congratulating you on the signing of the Oyo State Agribusiness Development Agency (OYSADA) bill into law and to identify with you that Agriculture can be a successful road to economic development and food security which are part of good governance.
I have been cautious to comment on Oyo government activities shifting my moratorium to one year when I realized 6 months I earlier set may be unrealistic looking at the movement phase. However, I find it irresistible this time around, maybe because of my discipline as an agronomist who knows the value of time in agricultural operations as well as the closeness of farm to other farm operational resources. Moreover, Oyo can’t afford another round of failed projects.
Starting with two farm settlements in Ibarapa and Akufo while putting operational headquarters in Saki sounds awkward and unprofessional. Yes, politicians cannot but play politics but not with things like this. You will recall that Oyo North Agricultural Development Programme (ONADEP) was killed with this kind of politics when it was changed to Oyo State Agricultural Development Programme, (OYSADEP) and the operational headquarters moved to Ibadan from Saki.
My advice is that the operational headquarters be moved to between Eruwa and Ido while a third farm settlement to be located at Saki. Putting it into perspective, what is the usefulness of operational headquarters without farm settlement in Saki, especially as it affects the Agricultural Ecology and its teeming population in the community and its neighborhood?
Perhaps, I should use this opportunity to address two other issues I have been waiting for the first anniversary of the government. The first one has to do with the issue of LAUTECH, from what is visible, the similitude of all we see between Oyo and Osun government is game players who have fixed the match that nobody score but just exhaust their ninety minutes to the entertainment of their spectators.
My advice is that the Government should get serious with the employment of seasoned arbitrators or approach the industrial court where attending to the issue with despatch is the hallmark. These setting up committees are well thread path that the outcome is easily predictable like of old.
The third issue is Local government administration in Oyo state. Undoubtedly, every politician may behave the way the present administration did on assumption of office with regards to the Local government administration of the State. This is obviously because the immediate past administration technically interdicts the normal running of local government administration in the state for good seven years and painfully used the judiciary to tie up opposition hands before the tenure elapses.
My advice is for the governor to allow these people to serve their term out, this will help to restore Oyo on a progressive path and any election conducted by his team will be credible and free of litigation. This will save the state form unending litigations, wastage of time and resources, which has been responsible for the persistent drawbacks to grassroots development in the state.
This submission was made in pursuance of my passion for the development of these three areas of my core interest – Agriculture, Education, and grassroots development.
Olaiya Abideen Olaitan is an Associate Professor of Crop Eco-physiology at the Federal University of Agriculture, Abeokuta (FUNNAB), a veteran politician who ran as the Deputy Gubernatorial Candidate of ADP in the 2019 Election.