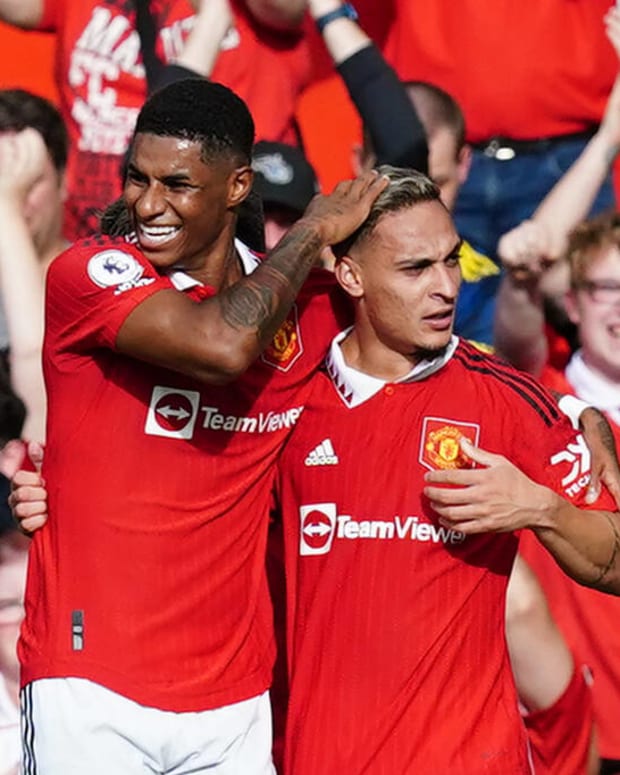 On the 4th of September 2022, Manchester United and Arsenal faced off which resulted in a devastating loss for the latter as it ended their 100% perfect start to the 2022/2023 premier league season.

This loss brought a feeling of deja vu to the Gunners as it reminded their fans of the infamous 2-nil loss to the Red Devils when the latter put an end to their record-breaking 49-match unbeaten run back in October 2004.

During the game, goals are seen to come hauntingly from Marcus Rashford who bagged a brace, and from new signing, Antony Da Silva who netted his debut goal.

Arsenal got a controversial goal which was later chalked off by VAR after a seemingly “soft” foul on Christian Eriksen by Arsenal’s skipper, Martin Odegaard. This seemingly changed the momentum of the game as afterward, Antony put the Red Devils 1-nil up minutes before half-time. A Marcus Rashford brace then put the game to bed minutes after Bukayo Saka drew Arsenal level.

After suffering embarrassing losses to Brighton and Brentford to start the season, United appear to have recovered their confidence, and Ten Hag’s tactics are now bearing fruit.

In an interview after the match, Ten Hag said: “The spirit from this team, they can deal with setbacks so we did, it is great and shows your mentality. We have improved on that.”

He further commented on his relief about his team’s newfound form: “We are happy and satisfied with the win, also the performance against a really good team. They played well.”

Gunner’s coach, Arteta was unhappy that his team had not capitalized on their dominant performances.

“I am very disappointed that we haven’t won the game,” Arteta said. “The game was there for the taking. We haven’t won it because we lacked some discipline in some moments and we weren’t ruthless enough in front of the goal.

“I told the players at half-time that the game is there for the taking and if we play with more courage we win the game. It was 1-1 and then it should have been 2-1 [for us]. It is a big lesson if you want to win here you have to do everything so right.”

Due to their opening five victories, Arsenal maintained their lead in the rankings with 15 points, while United moved up to the fifth place and are now three points behind the Gunners.